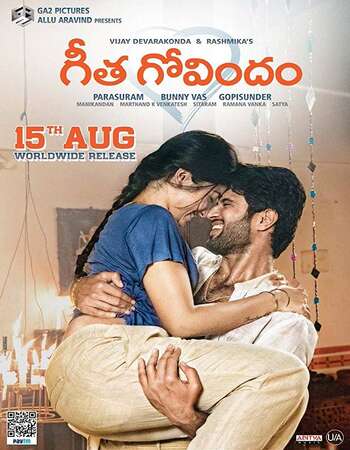 Story: A charming young professor, Vijay Govind, has a dream of marrying a traditional woman. He sees Geetha in a temple and falls in love with her. He meets her again when he travels to his hometown in a bus. He impresses her at first with his nature but things go south when he accidentally kisses her while trying to take a selfie with her. She complains to her brother, Phaneendra, on phone and Govind runs out of bus. They meet again when his sister gets engaged to Phaneendra. Govind requests Geetha not to reveal about him while Phaneendra keeps searching for the guy who kissed her on the bus. The misunderstanding between the couple grows as they travel together for marriage shopping and invitations. As Geetha learns his true nature and falls for him, he starts to avoid her as she doesn’t treat him well. Before Govind realizes his mistake, Geetha’s marriage is fixed with someone else and he has to win her back before they get separated forever.